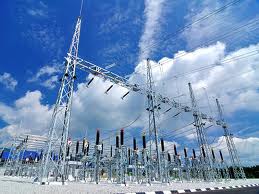 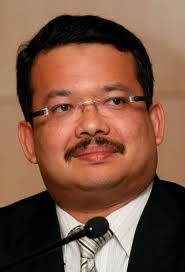 Chief executive officer Datuk Seri Che Khalib Mohd Nohsaid in a reply to a StarBizquery that the purchase was made to ensure supply security.
“We're buying 180MW only, which represents 1.5% of total demand,” Che Khalib said.
According to a SingaporeBusiness Times report, the utility firm's purchase, which was extended to June 15, marked the first ever cross-border commercial sale of power between the two countries.
The report said the purchase was made following an approach by TNB in April to Singapore's Energy Market Authority and the generating companies for electricity supply needed to tide over capacity shortages “for a few months”.
This was caused by natural gas feedstock shortages faced by TNB's power stations due to the maintenance shutdowns, which could further reduce by 30% in the May to June period.
Singapore Business Times said TNB initially looked to buy electricity for just a month but persistent gas supply issues had forced the utility firm to extend the purchase.
Analysts believe that the purchase was made in case the coal-fired plants, which together with the gas-fired plants made up the bulk of electricity generating capacity, tripped.
OSK Research Sdn Bhd research head Chris Eng said if this happened, there would be the purchase from SerayaPower to rely on.
He added that gas supply had been tight since April but supply issues would likely ease up this month.
PowerSeraya chief executive officer John Ng was quoted by the report as saying that the amount of electricity exported to TNB was “small” and would come from a designated oil-firing steam plant at a 3,800MW facility.
He declined to go into commercial details of the deal but expressed the view that “we hope it opens the doors for future exports and imports of electricity between the two countries on a longer term basis”.
Previous instances of cross-border electricity exports between the two were only made during emergency outages, although Singapore has sounded out the possibility of the island-republic's generating companies importing electricity in the medium term, as one way to diversify energy options.
Operationally, some 200MW of electricity could be transmitted through two 230kV
submarine cables linking Malaysia's national power grid with Singapore's transmission network at Senoko.


To put the record straight the existing TNB Grid has 19 700 MW install capacity (IPPs and TNB plant)...in 2010, the max demand has reached 17 000 MW, hence considering prudent utility practice of 20% Reserve Margin (normally 30% is a con...se...rvative and safe number), hence the the total capacity required to secure the Grid is 17 000 x 1.2 = 20 400 MW...we are short by 680 MW......i.e our actual Reserve Margin is 16%....this below the safe Reserve Margin level of 20%.....hence thats explain TNB CEO justification for purchasing the 180 MW from Singapore....TO ENSURE SUPPLY SECURITY....and Tan Sri Ani Arope, backed by your former TPM/FM has spin the numbers for reason known to themselves and putting country at risk.....and TNB Mgmt also seems to be talking in the same lingo......


Moving fwd, as per Pemandu Report, by 2015, TNB Grid would require additional 6 000 MW to meet the ETP/NKEA Projected Demand and also schedule retirement of TNB and IPP Plan...ts... (Pg 188 of the attached report)......and the Govt has 4 years more before we are "critically powered".......is the move to purchase power from Singapore (first 180 MW) is the only the beginning and the masterplan is for almost forever since Seraya has access to endless gas reserve from Indonesian Natuna Gas Field which are currently being pipe to Singapore.......this is possible since Seraya has good working relation with Temasik, the fact that YTL has taken over Temasek share in Seraya......and we are at the mercy from Singapore for our power supply....... What happens, TNB is purchasing CAPACITY (180 MW) from Seraya PLC, not ENERGY (kWhr)......hence, technically & commercially, TNB is just extending the spirit of the 1st Generation PPA....i.e CAPACITY CHARGE.....and the irony about TNB, this what they has been complaining all this while and being transmitted via all pro PR blogs & fbgroups...