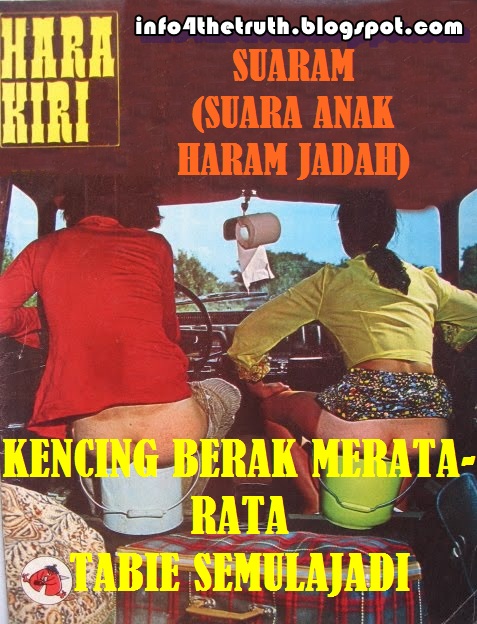 During the era of samurais and ninjas in Japan, it is a norm for these warriors to perform harakiri where they would tear their guts with their own swords whenever they fail in battles.

Even among Japanese themselves, harakiri is just another routine to pay off for their mistakes or to cover their shame.

In this modern world, we are not sure whether this tradition is still practiced, but for us Malaysians, we might be able to see such performance here for the very first time.

If we are to see the chain of bad luck which has been hitting SUARAM all these while, and their propaganda on Scorpene, it is clear that their shame is simply unbearable.

SUARAM who has close relationship with PKR Leader, Anwar Ibrahim, seems to be stuck in the corner.

Their propaganda in the issue has been confirmed to be mere lies.

SUARAM's effort to tell rakyat that there was corruption in the purchasing process of Scorpene got to a dead end when n official statement from French government's Prosecutor, Yves Charpenel confirmed that there was no trial made upon the issue.

Other sources also confirmed that up until now, no subpoenas had been released on anyone, clearly contradictory to what SUARAM had fabricated in their effort to tarnish the image of our Prime Minister and the Government of Malaysia.

The NGO is just as same as its mentor, Anwar because even he is famous for being a liar.

The only option for them now is whether they want to keep on lying and hope that few rakyat would still fall for it, or they should just perform harakiri.
Posted by Info 4 The Truth at 22:00