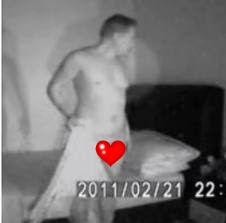 Kadazandusun ethnic still seem unable to forgive Anwar Ibrahim for 'sodomizing' the sanctity of the Huguan Siou title, the highest title for the ethnic.


Not just because it did not follow any procedure, Anwar even took the position which can only be taken by a Kadazandusun Murut.

Thus, Kadazandusun Cultural Association (KDCA) has demanded for apology from PKR Ranau and Anwar Ibrahim himself over the irresponsible action in presenting and receiving the title.

According to KDCA's Secretary General, Suman Yasambun, according to Kadazandusun's belief, the action will lead to a curse towards the other party for ruining the leadership structure, especially when it involves the Huguan Siou Institution.

Huguan Siou is the 'guardian' for culture, norms, artifacts and tradition of Kadazandusun Murut which is celebrated each year during their Harvest Festival.

The title brings along the spirit of unity, courage and determination.

The official Huguan Siou today is Tan Sri Joseph Pairin Kitingan, making another appointment of Huguan Siou an insult towards him, as well as the whole society of Kadazandusun ethnic.

It is clear that PKR Ranau's action has been too much, other than stupid.

More than that, Anwar's action in receiving the title, shows that he is insensitive and crazy for power.

Anwar's attempt to repair the situation by denying that he did accept the title and accusing that it is one of BN's dirty political game, does not seem to benefit him.

This is because, Malaysians had seen pictures of Anwar wearing Kadazandusun's traditional headgear known as 'sigar' as well as a sash with ‘Huguan Siou Malaysia’ written on it.

How can there be a ‘Huguan Siou Malaysia’ when it is a special title meant for a single ethnic ???

PKR Ranau Chief, Jonathan Yasin may have gone a bit too far in pleasing Anwar that he misjudged the sanctity of the title.

His hopes of winning the election somehow made him forget who Anwar is.

However, Jonathan may have done what he was ordered.

It is not impossible that he was given the task to show that Kadazans are Anwar's loyal supporters.

Thus, the only way that he could think of was by showing Anwar as the highest leader of the ethnic, as their Huguan Siou.

If Anwar has even a bit of dignity and moral in him, he would definitely know that the best way to repair this is by apologizing over his 'ignorance' over the culture of the ethnic.

But, as we are all aware, Anwar is an immoral man, he would never apologize.

His denial has enraged Kadazandusun ethnic.

Anwar does not seem to want to be responsible, he even blamed BN for it even though the evidence are there.

This is not surprising because he also never really admit that he was the main character in a sexual video which went viral even though the character in the video clearly proved that it was him.

It was even confirmed by a facial recognition system that it was 99% Anwar.

If Anwar can deny that, he can deny anything he wishes.

This is the problem if you are desperate for recognition but rarely get any.

Anwar has been wanting to be the country leader for a very long time.

Considering that it is very hard for him to be the Prime Minister of Malaysia, Huguan Siou Malaysia title is good enough for him, for now.

Sadly, the title is only dragging Anwar further than getting the Prime Minister title.