HOW WILL THIS SKITE DOCTOR TO HANDLE EMBARRASSING REJECTION ?!! HAHAHAHA... 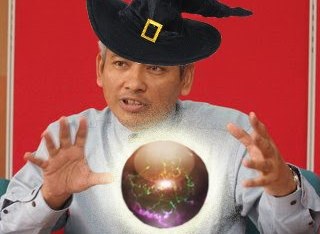 AZIZ BARI WILL NOT BE THE NEXT PKR MP FOR SABAK BERNAM ???

I was made to understand, during the last Annual Meeting for PKR Parliament Sabak Bernam, I think it was on the 23rd of Sept 2012, held at Tun Razak Hall, Sabak Bernam, all the representatives who has attended the meeting has ALL AGREED to not accept the PKR Sabak Bernam MP Candidate Dr. Aziz Bari ??

To make things worsen.. oh oh let me rephrase.. more embarrassing is that… the Doctor has started his MP campaigns for the past 6 months!!

ROFL… *laughing my eyes out here*

It can be treated though.. but not resolved ! lol

On top of that, it was said the Dr. Aziz Bari was also REJECTED because of his over the top attitude.. forgetting the people who has supported him.. became overly errmm how should i put this.. “Berlagak”, “Lansi”, in simple English it would be POSER

So, his name was taken off the list due to the disappointment amongst his 10 strong sponsors/supporters..

So it was said.. hmm

No one to be blamed apart from self ego right..

Serves him right i would think.. hmmm..

I sort of heard that the PKR youth despises him soooo freaking much that they would be sourcing for other potential candidate, even if it means to get someone out of Sabak Bernam as MP of Sabak Bernam…

The hatred for Dr. Aziz Bari by PKR members in Sabak Bernam cannot be covered any more i guess.. hmmm