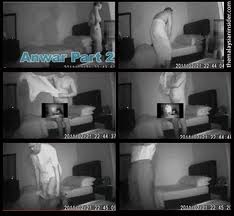 Taxi drivers have come out with demands despite the services they have been providing are below par… below expectations of the increasingly sophisticated public.

They demanded that the government treat them well, give them priority when making policies regardless whether their services are good or bad.

They threatened the government that they would rally all taximen around the country to protest if their demands are not met.

Of course, none other the party led by rebel rouser Anwar Ibrahim, PKR, always take advantage of the situation whenever there is satisfaction.

What he cares most is his benefit from the situation arising, that these taximen would be his potential votes in the coming general election if he knows how to play his card right.

Opportunists or not, Anwar and gang – DAP and PAS – do not have the general population’s interest at heart, their consideration right now is to win votes, bring down BN, march to Putrajaya.

Taximen, not all, are actually pampered lot.

They have all the opportunity in the world to make a decent living and a comfortable one if they are sincere and honest.

Several Malays and non-Malay taxi drivers said they make around RM2,500 nett a month by just picking and dropping off passengers, no ripping them like hiking the prices and not using meters.

Normal daily honest work and they earn that much and they never blame the government for anything, free bus around Bukit Bintang or not, airport can take passengers or not, they still earn that much.

But this group led by Mohd Ridzwan Mohd Daud and backed by PKR, they demanded the government to give them ‘preferential treatment’ despite thousands of complaints from the public of their ‘arrogance and negative attitudes’.

What they doing right now is ‘joining the band wagon’ of several other groups, namely NGOs backed by the oppositions, to make demands given the ruling party’s attitude of accommodation now, non-confrontational.

Many among the public said the government should not give in to them as they are being made use by the opposition, not genuine and of this group themselves are with the oppositions.

That is why, according to some members of the public, this group is actually trying to create uneasiness and following Anwar’s tactic of creating trouble and doubts the confidence of the ruling party.

Anwar is trying to create doubts in the minds of the ruling party especially Najib Tun Razak, shaking his confidence so that he call for election fast.

Anwar and the oppositions want the election to be held fast because their positions or rather their co-operation is getting loose by the day as the middle-rung leaders having verbal clash on a lot of matters.